5 Ways to Grow your Restaurant Sales With Takeout Menus

Do you know the ROI of Takeout Menus for your restaurant? At the start of a new year many restaurant owners are scratching their heads on how to grow business. The opportunities are many, but some are readily tossed aside. One of those often neglected strategies is Takeout Menus. Recently I had a conversation with a restaurant […]

If you’d like to succeed in the restaurant industry, a top-notch restaurant marketing mix is essential. Your marketing mix, or the set of tactics you use to promote your restaurant, should be built around product, price, place, and promotion or the 4 Ps of marketing. Get A Free Restaurant Marketing Assessment Here at CORE Restaurant […]

Does Your Restaurant Have a Menu Marketing Strategy?

A new year, a new start. Many restaurants view this as an opportunity to start fresh with a new menu. Last year is over and it was a tough one for many restaurants. Many major chains went through buyouts, many restaurants closed. The brave that made it were concerned much of the year. Time for […] 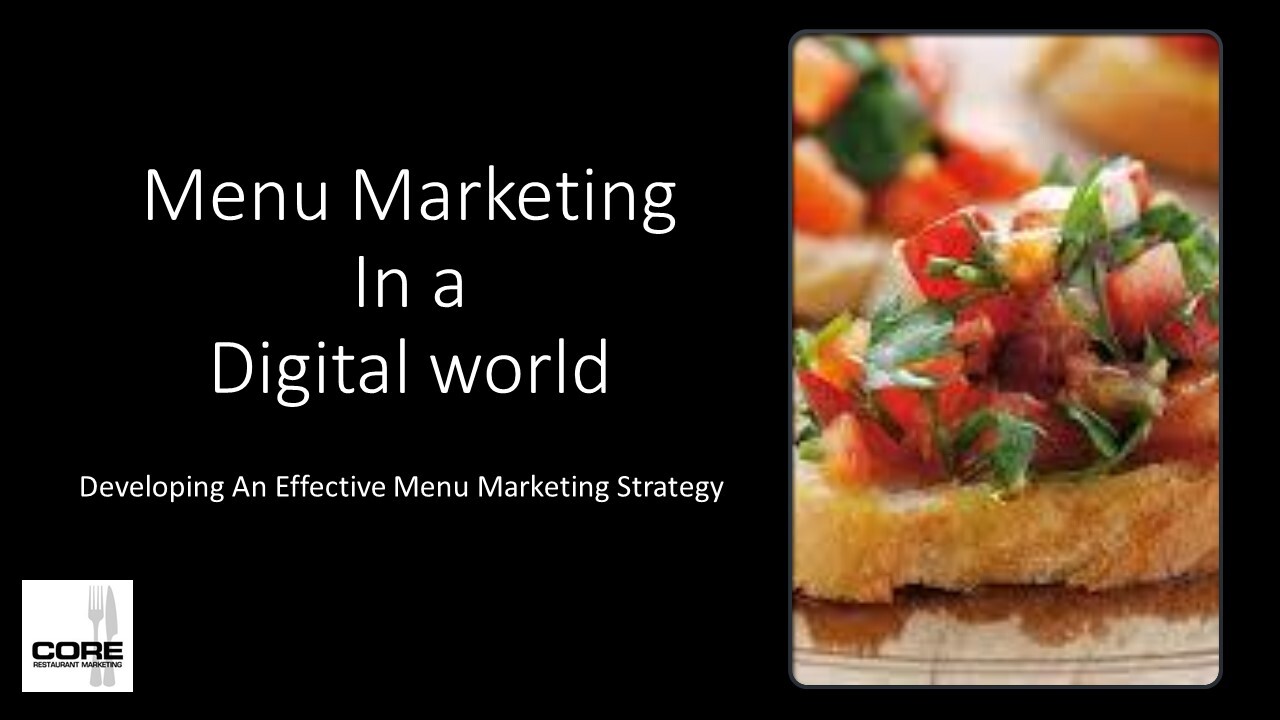